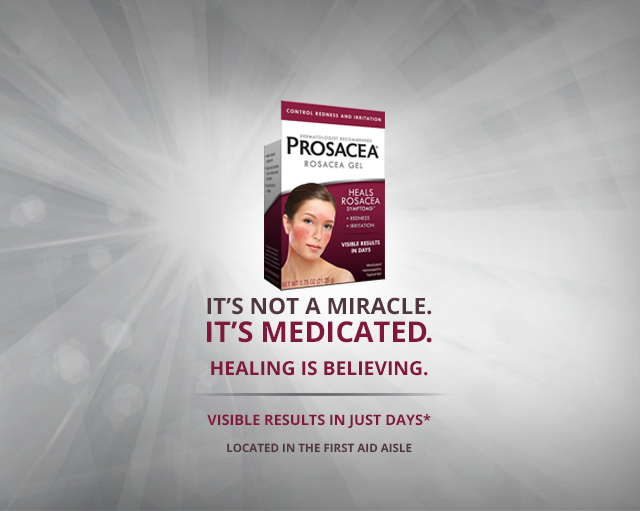 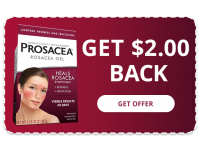 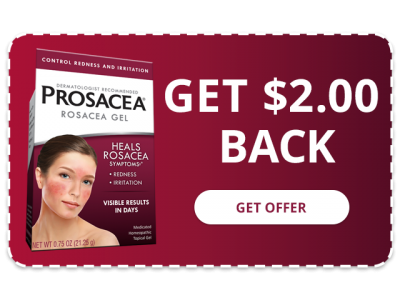 As masks have become part of our daily lives to protect ourselves and our community from spreading COVID-19, have you noticed your skin is often red after you wear your mask?

Masking is helping keep us safe, but it can aggravate the skin, interfering with the skin’s microbiome.   This irritation may also be contributing to the facial redness and flare ups of rosacea-induced acne.

PROSACEA is the only non-prescription rosacea treatment that contains real medicine to treat and control rosacea symptoms. Other over-the-counter rosacea skin care treatments can only promise to help cover up your facial redness, bumps and pimples. PROSACEA is different. It doesn’t conceal rosacea symptoms; it actually controls your rosacea symptoms and heals your skin – for fast, effective relief without a prescription. Inside its lightweight, water-based gel is an effective rosacea medicine that works to reduce redness and inflammation. PROSACEA also contains natural aloe to help soothe sensitive, delicate skin for the best in rosacea skin care.

Experience for yourself why PROSACEA is the #1 rosacea treatment brand† and why 93% of those who have tried PROSACEA would buy it again††.

Located in the First Aid aisle.

What are the directions for PROSACEA Gel?

Clean skin thoroughly before applying medication. Cover the entire affected area with a thin layer of PROSACEA Gel one to three times daily. Massage gently until absorbed into the skin. If you are a new user of PROSACEA Gel, we recommend applying sparingly to one or two small affected areas during the first three days. If no discomfort occurs, you may continue use. Because excessive drying of the skin may occur, start with one application daily, then gradually increase to two or three times daily if needed or as directed by a doctor.

What is the active ingredient in PROSACEA Gel?

What does the 1x mean?

How long can I use PROSACEA Gel?

Can I use make-up, moisturizers, or sunscreen with PROSACEA Gel?

I am pregnant/breast-feeding; is it safe for me to use PROSACEA Gel?

We recommend speaking with your doctor before using PROSACEA Gel if pregnant or breast-feeding.

I am allergic to sulfa drugs. Can I use PROSACEA Gel?

Is PROSACEA Gel a topical steroid?

PROSACEA Gel is not a topical steroid and does not contain any steroid ingredients.

PROSACEA Gel is an effective topical medication for treatment of rosacea symptoms. The moisture-rich formula helps diminish bumps and redness while soothing and conditioning dry, irritated skin. PROSACEA contains no irritating alcohol or petroleum based ingredients. PROSACEA Gel is extremely light, applies easily, and is absorbed thoroughly by the skin with no lingering objectionable odor—you’ll hardly know it’s on. With daily use as directed, PROSACEA can help provide visible improvement of your rosacea symptoms.

WHAT IS ROSACEA?
Rosacea is a highly visible skin condition, the exact cause of which is still not fully understood, but is thought to be hereditary. Commonly, rosacea affects skin on the cheeks, nose, chin or forehead, usually causing a reddened, inflamed appearance. Rosacea is generally thought to affect those with fair skin most frequently, though it can affect all skin types. Symptoms may also include acne-like bumps and pimples and visible blood vessels. Rosacea is commonly known to be aggravated by anything that causes a flushing reaction (increased blood-flow) in the skin, which could include alcohol consumption, exposure to sun or extreme temperatures, spicy foods and other irritants. Also, as masks have become part of our daily lives to protect ourselves and our community from spreading COVID-19, your skin may be red after wearing your mask. Masking is helping keep us safe, but it can aggravate the skin, interfering with the skin’s microbiome.   This irritation may also be contributing to the facial redness and flare ups of rosacea-induced acne. The symptoms of this condition do not typically disappear if left untreated and may even progressively worsen over time. While currently there is no known cure for rosacea, symptoms are known to respond favorably to certain topical treatments.

WHAT ARE THE STAGES OF ROSACEA?
Generally, rosacea progresses through three symptomatic stages:

Stage 1: In the earliest stage of rosacea, the most common symptoms can include subtle to moderate redness, stinging, burning, dryness or tightness of skin.  Tiny visible blood vessels (telangiectasia) may also appear on the skin’s surface. Skin may begin to react to certain cosmetics, and may also be more reactive to temperature changes or become sensitive to certain foods.

Stage 2: As the condition progresses, redness becomes more persistent. Larger areas of the face may become affected. The formation of papules (red bumps) or pustules (resembling pimples) and swelling may develop. Facial pores and sebaceous follicles may become larger and more prominent.

Stage 3: Generally, stage 3 rosacea is less common, but individuals diagnosed with this advanced stage of rosacea exhibit all characteristics of stages 1 and 2 in a more severe form. Facial features may become thicker, irregular or even exhibit gradual deformation. Affected areas of the skin become a deeper shade of red. The sebaceous glands may become extremely enlarged, contributing to further redness, inflammation, papules, pustules and swelling of facial features.

If you believe you may have rosacea, do not delay in consulting a doctor for proper diagnosis and advice.

SUGGESTIONS FOR HOW TO AVOID AND CONTROL FLARE-UPS:
Medical experts have suggested some ways to avoid aggravating symptoms which include:

HOW CAN PROSACEA GEL HELP?
PROSACEA Gel contains sulphur 1x, a medically recognized homeopathic ingredient that, when used as directed, has been recognized to be effective for relief of common rosacea symptoms such as redness, bumps, pimples and dryness.  PROSACEA’s non-oily formula is non-comedogenic, which means it doesn’t cause pimples and won’t clog pores. For best results, once treatment is started with PROSACEA, carefully adhere to package directions until satisfactory results are achieved or until given further advice from a doctor. 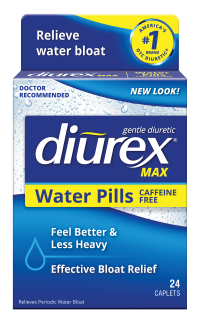 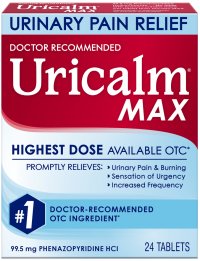